Sales management in an ERP systemThe program implements commercial offers that allow you to record data on negotiations with customers to determine the composition of the nomenclatures and terms of sale. The order itself in… 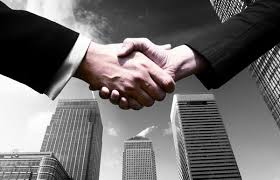 Preferential loans for legal entities and individual entrepreneursThe state provides loans to businesses for resuming operations and for expenses related to the borrower's business activities. The funds issued are not earmarked; they can be used not only…

Turnover or why fast business equals rich businessBusiness is a money-making box. You put capital in there, scroll and get some kind of profit at the exit. Accordingly, the more often you spin capital in a business…

Financial health of a business: 9 indicators for a check-up

It happens that a company looks successful, healthy and rich: every month it opens a new branch, hires two thousand employees and does not leave the front page of Forbes. But then – again, and bankruptcy. This happens when the owner looks only at the size of the company or turnover, and these are not the indicators that really reflect the financial health of the business. About those – in the article.

0. Profitability
Before we get into the metrics, let’s look at the types of ROIs. There are six of them:

Each of the ROIs signals a problem at different levels. The first four are associated with different types of profit and schematically look like this:

The last two are related to assets and equity. Assets are everything a company has, and equity is assets minus liabilities, such as loan payments:

Each ROI is a financial health diagnostic light bulb, and these light bulbs can be used to track at what stage the business started to get sick.

Let’s start with the ROI.

1. Profitability by margin. Checking the reasonableness of variable costs
The profit margin shows what percentage of the revenue the company keeps for itself, and what it spends on the production of goods or the provision of services.

Igor is a hairdresser, he charges 1,500 rubles for dyeing his hair. From this amount, he buys paint, mask, balm, brush and gloves. And he has 500 rubles left. His profitability in terms of margin – 33% – is how much money he has after buying consumables.

Victor is a builder. He sells apartments for 6 million rubles, and spends 3.5 million on construction and all this, he has 2.5 million rubles left. Profitability by margin – 41.6%.

The profit margin is calculated using the following formula:

The margin profit is calculated by themselves or taken from the OPiU – the profit and loss statement, if there is such a line. Revenue and variable costs are also taken from the O&M.

We calculate the profitability by margin
We go to the OPiU and first calculate the marginal profit for each month. To do this, we subtract variable costs from the proceeds, for example:

And we see that the profitability of the margin is falling: in May it was 71.8%, in August – 58.4%. This means that the problem must be looked for in variable costs: it is possible that suppliers have increased prices for raw materials or the company has begun to use more expensive materials.

The profitability by margin is looked at in dynamics: if it grows from month to month, then everything is fine. If it falls, then you need to revise the variable costs.

2. Gross profit margin. We check the effectiveness of business areas
Gross margin shows how effectively different lines of business are performing. For example, if a store has more than one outlet, the gross margin will show which one is generating the most profit and which is the time to close.

The gross profit margin is calculated as follows:

Gross profit is the revenue of a particular line minus the variable and general production costs of the same line. Expenses are counted themselves or taken from the OPiU, they also look at the proceeds there.
For example, an IT company has four areas: web development, mobile, devOps and design. To understand which direction is more profitable to pursue, the company calculates the gross profit margin separately for sites and applications.

The example shows that web development generates the most revenue, but the company earns the least from it. It is more profitable to do not the web and mobile, but design and devOps: although they bring less revenue, they require less costs.

If your gross margin falls or is very low compared to other areas, you need to look for a reason, such as checking variable or operating costs. Perhaps something needs to be closed.

Gross profit margin: growing – good, falling – check what’s wrong with the direction, and isn’t it time to close it

Posted in client asks, currency agreement, enough during, equity is assets, has a choice, light bulbs, million rubles
<a href="http://thisismyurl.com/downloads/easy-random-posts/" title="Easy Random Posts">Easy Random Posts</a>
8 reasons why a business is losing money out of the blueWhen we start working with financial accounting in companies, the first thing we do is collect basic reports. Thus, we digitize the company. And thanks to this digitization, it is…