Most Effective MethodsThree main rules First of all, let's look at three rules that you need to keep in mind when looking for the right channel to promote your business. The cost… 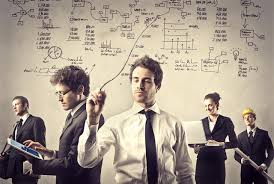 Business inheritance using the Articles of Association and Corporate AgreementOften, business growth is impossible without attracting partners in its individual areas / projects / companies. And relations with such partners must be pre-regulated and legally secured, which is guaranteed… 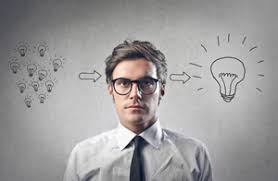 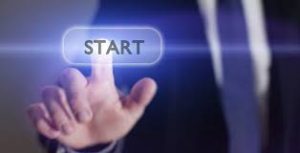 Increasingly, we are faced with a request from business founders: we want to give top managers shares so that they receive a percentage of profits and are associated with the company with long-term interests.

Thanks to world practice, Google and Facebook for illustrative examples of such motivation.

However, often in such a request there is an illusion … an illusion of hopelessness for the very top manager whom we want to motivate.

The founders say:
we want to share… in 1% (the size is conditional, in general terms – the minimum);

we will distribute the profit ourselves when we deem it necessary (1% of the vote is not a hindrance, because we have the majority);

TOP will be able to make a profit starting from the 3rd … 5th … year;

the share will have to be paid at market value from annual premiums;

upon dismissal, the TOP is obliged to give a share at face value (for 1000 rubles);

and not yet work for 10 years in competing enterprises, not to create your own company …
This is an incomplete list of the Founder’s average requirements for the system of motivation of his top managers.

Sometimes the Founder needs to look at them from the outside and think, and he would cooperate on such conditions, having received a conditional 1%, without guarantees of distribution and profit earned, including through his efforts, and even without the possibility of using the experience gained in the future.

Restrictions should be commensurate with the size of the share and the influence that a top manager can exert. And if we talk about public companies, then the shares received by employees can be freely sold at market quotations at any time.

Having vast experience in developing the most non-standard combinations of constituent documents, corporate agreements, including those involving potential heirs, and in coordinating these documents with top managers, we are ready to formulate general rules:

The founder needs to honestly answer himself whether he is ready to give away a share in the business or whether he wants to introduce a motivation system with linking profit and / or margin indicators. The second option does not always require a change in the ownership structure;

A top manager needs to answer honestly for himself whether he is ready to link his long-term interests with the company, to be a partner who shares not only profit, but also risks. Or you want to be in the “trend” and “have stocks”;

Member status is not needed to impose penalties for disclosure of confidential information and prohibit competing activities. It is advisable to openly discuss the realism of such restrictions in a particular case. For example, a business is represented by a group of companies. The top manager performs functions for several of them. From the point of view of a single company, this is a competitive activity.

Often the wording of the requirement itself raises questions. It is rare that a business is created in a completely unfamiliar area. And the founder of the business created it, also absorbing the experience of other companies. But various fraudulent activities, poaching customers – is a crime, the punishment for which was taken care of by the Criminal Code.

Emphasizing the “weak” position of a top manager, creating unfeasible conditions, bureaucratic tricks for a negative dossier threatens to backfire and demotivate. Top managers want to understand that they influence decisions;

Options to top managers to receive shares cannot yet be exercised automatically. According to Russian law.

You can oblige a top manager to give a share. You can force her to take it. But we recommend that you agree on fair compensation and conditions in advance. A top manager who has invested his energy should be able to participate in the result, the onset of which can be objectively delayed (the result of promotional efforts, profit from a deal, etc. can come months after the breakup). The specific solution depends on the specifics of the business.

Don’t neglect premiums (not included in the list of participants) tied to profit, business value or other indicators that are relevant to you. “Phantom shares” and other similar tools may well solve the problem.

The inclusion of a top manager in the composition of the participants / shareholders gives him very specific rights and imposes obligations. It is impossible to exclude them completely. For example, in an LLC, a considerable part of decisions is imperatively adopted unanimously. The company becomes dependent on obtaining the approval of all participants. Therefore, the form of a joint-stock company (JSC) is in some cases more interesting, since it allows decisions to be made by 75% of the votes.

Sometimes it is impossible to avoid the creation of a certain holding structure, the shares / shares in which will be distributed among employees. In the same place, a reserve of shares / shares is created, which is distributed to new candidates. At the same time, “subsidiaries” are engaged in operating activities.

Exclusive Wishlist from the series “to deprive only employee participants of the right to transfer a share by inheritance” returns to the first question: “Are you sure you want to give a top manager a share on equal grounds with yourself?”
Instead of a conclusion, we note that Russian legislation does provide a large arsenal of tools for flexible regulation.

Posted in becaus, business depending, consider how, Legal Entities, light bulbs, main enterprise, manager can
<a href="http://thisismyurl.com/downloads/easy-random-posts/" title="Easy Random Posts">Easy Random Posts</a>
Fitness tax deductionAll citizens who are actively (and not very) involved in fitness and sports now have the opportunity to return part of the money for paid classes. The thing is that…

Exchange-traded bonds for medium-sized businessesIt is no secret that in recent years there has been an interest of individuals in investing, the number of open investment accounts is growing, and the state is supporting…

The first rule of building a group of companies without signs of artificial fragmentationLet's remember what we know about business processes? They have a beginning and an end, that is, they have boundaries in time. There is an “exit”, to which a unique…