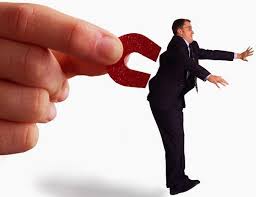 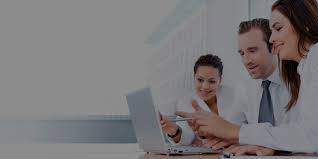 How do I get multiple deductions in one year?Let us remind you that the tax deduction gives you the right to return the income tax previously paid to the budget or reduce the tax payable. You can get… 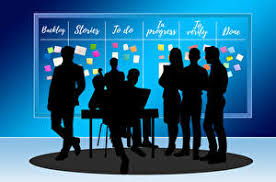 Turnover or why fast business equals rich businessBusiness is a money-making box. You put capital in there, scroll and get some kind of profit at the exit. Accordingly, the more often you spin capital in a business…

What is factoring and when is it profitable to use it? 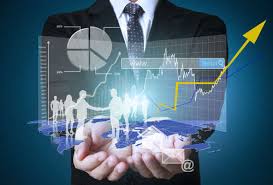 How factoring will unfreeze accounts receivable quickly.
How long will you be serving breakfast? I have your delays in the liver! – the head of the shop buzzed in the tube. Lesha grimaced – the materials were coming to an end and they had to be purchased in order to be in time with supplies for a large buyer.

But there was no money for materials. Even the production workers were not enough for the next salary. It’s a shame! There is no real money that can be spent, but there is a whole snowdrift of receivables in the balance sheet! It was Oleg’s company that bought a large batch, and decided to pay off in two months, as soon as the money would be.

It makes no sense to shake Oleg ahead of time, he also has no money. But then what to do? Where can you quickly find money to get out of the cash gap or buy materials so that the business does not get up? One option is factoring. Today we will talk about how factoring works, when it is beneficial for the company, and when it is dangerous.

What is factoring and how it works
Factoring is the assignment of receivables. The factor company takes your receivables and gives you real money that you can spend right now. For this you need to pay a commission to the factor. The buyer pays the full amount to the factor.

Let’s take an example. Lesha is a supplier. He shipped goods to Oleg with a deferred payment of 60 days. Shortly after that, Leshin’s company fell into a cash gap – there was no money to purchase new goods and pay salaries. Such a long delay seemed like an eternity.

Lyosha went to the factor. He was asked to provide a package of documents and fill out a questionnaire. The factor called the buyer and found out that he received the goods and there were no complaints.

After that, an assignment agreement was drawn up – now the invoice was with the factor. Lesha and the factor signed a notice stating that now Oleg should send money to the factoring company, and not to Leshina. This notification was given to sign Oleg. The factor told the buyer where to send money and explained to the supplier when to expect receipts.

Two days later, Lesha received the full amount to his current account, and an invoice for payment of the commission factor by e-mail. When Oleg’s deferred payment ended, he transferred the money to the account of the factor, not the supplier.

Factoring companies use different payment schemes. Most often, they do not transfer the entire amount at once, but divide it into two payments, for example, 70% and 30%. The rest is a kind of collateral, if some force majeure falls or the buyer is very late in paying, then an additional commission can be withheld from the second payment. The factoring company forwards the first payment first. When the buyer sends the entire payment to the factor, then the balance arrives on your account, from which the commission was deducted.

Factor commission from 8 to 40% per annum. It is charged not for the whole year, but for the time of using the money. Imagine that two months have passed from the moment the factor sent the money to the supplier Lesha, until the time his buyer Oleg sent them to the factor. At 24% per annum, the commission will be 4% of the invoice amount or 40 thousand from 1 million.

A recourse is a return of money. So you received part of the money from the factor, and your buyer did not transfer the payment to the factor. Although he should have. So, with non-recourse factoring, this is a factor smut. True, for this he, most likely, will not give the second part of the payment – it will simply be eaten by commissions.

And with a regression, you will, together with the factor, appeal to the conscience of your client. After the end of the grace period, there is a waiting period – usually about a month. Suddenly, the debtor has a cash gap or the accountant is ill and cannot make the payment. And if the debtor does not pay for the waiting period, then you will have to pull money out of your business in order to return the funds that he transferred to you to the factor.

Non-recourse costs more than recourse, and it is more difficult to get approval for it. After all, in which case, the factor will have to take the loss. At the same time, non-recourse does not insure the buyer’s refusal to pay if the goods turned out to be of poor quality. That is, to sell a ton of sour yoghurts, apply for non-recourse, get some of the money and dump it into the sunset will not work.
Who will approve the application
The reliability of the buyer is what is most important for obtaining approval from the factor. They look at whether the company is large and how long the company has existed, what turnovers. They will also definitely clarify how long he has been working with you and whether there have been sins for him – long delays or payment failures.

In order to probe the counterparty, you will be asked to talk about him in the questionnaire and show documents that confirm that you have known him for more than a day, for example, account cards 62 to see settlements with the client, supply contracts, they may request the financial statements of the buyer.

For trifles, factoring companies are rarely approached, usually they give way to invoices for large regular deliveries. Each company has different conditions for the duration of delays, but it is not easy to attach a receivable with a delay of more than 150 days.

An important point is that it will not be possible to assign an overdue invoice.

Posted in business depending, can you quickly, documents, enough during, not certain
10 mistakes entrepreneurs make in purchasingProcurement is not only participation in tenders, but also simply the purchase of goods necessary for a business. Purchasing departments or managers play an important role in a company's business…

Direct and indirect costs or why it is impossible to count net profit by line of businessIn companies with several divisions and branches, it is difficult to calculate the profit of each. You can subtract all expenses from all income and get some value. But this…